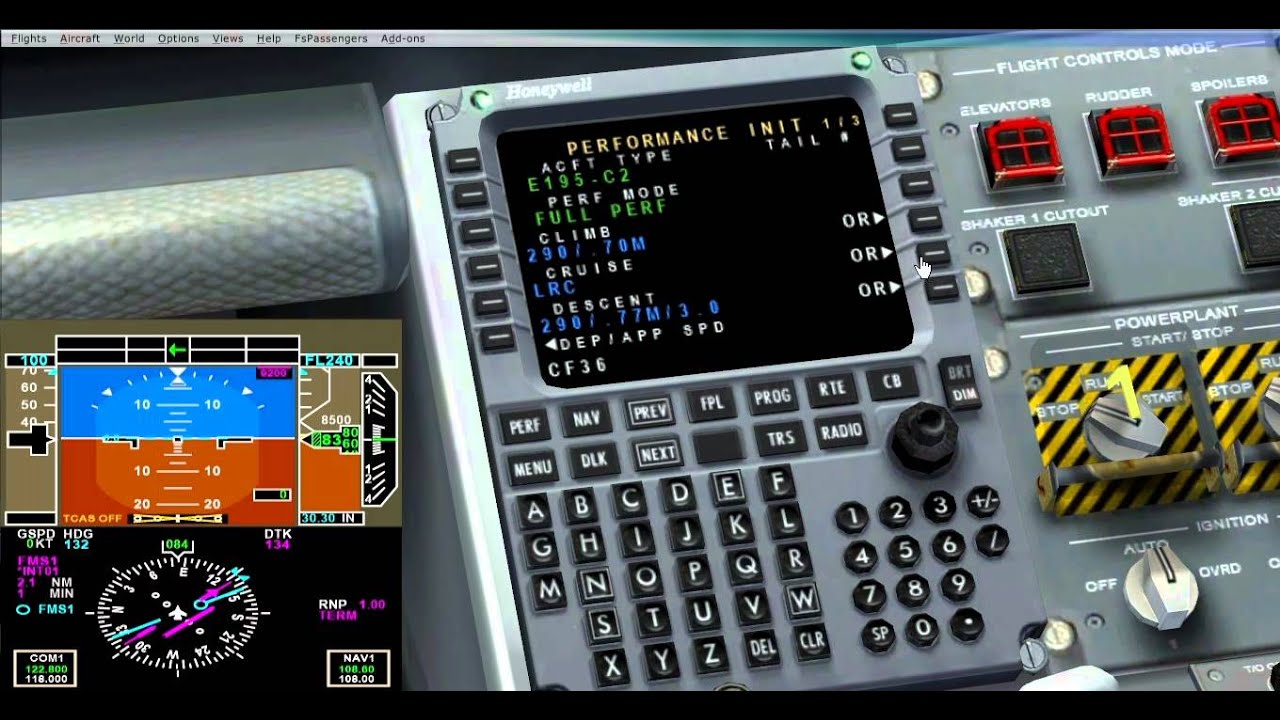 W hen I saw that the guys at Wilco had released this product I just jumped at the opportunity to write this review.

First of all I am a long life Embraer fan; I like everything that has the Embraer word or logo on it. Embraer was started as a state sponsored venture to produce military aircraft and short range civilian airliners in Brazil.

In the early 70's the first Bandeirante was delivered to Transbrazil Airlines.

The civilian version called for a twin engine turboprop with seating for up to 18 people, immediately the airplane became a huge success locally. Like most state sponsored ventures, Embraer went through a dark period of slow growth, deficient product lineup, and a messy financial situation. Around the government finally agreed they were going to eventually run the company into the ground, and decided to privatize it.

The man who would turn the company around after its privatization would be an ex engineer turned savvy business man by the name of Mauricio Botelho. What mister Botelho envisioned was what would become one of the most efficient, best selling, and beautiful looking regional jets around, the ERJ Embraer Regional Jet The 40 - 50 seater regional was one of the first commercial airliners to be fully designed by computers in cyber space, and to offer fully authomized avionics including glass cockpit displays, fully integrated FMC and all the goodies of the big airliners.

Later, Embraer decided to jump the gun and give Boeing and Airbus a run for their money with a seater based on the success of the This aircraft is the ERJ, and it's currently the only option challenging Boeing's and Airbus traditional dominance of the passenger aircraft market. The setup to this product is basically the usual Wilco download. 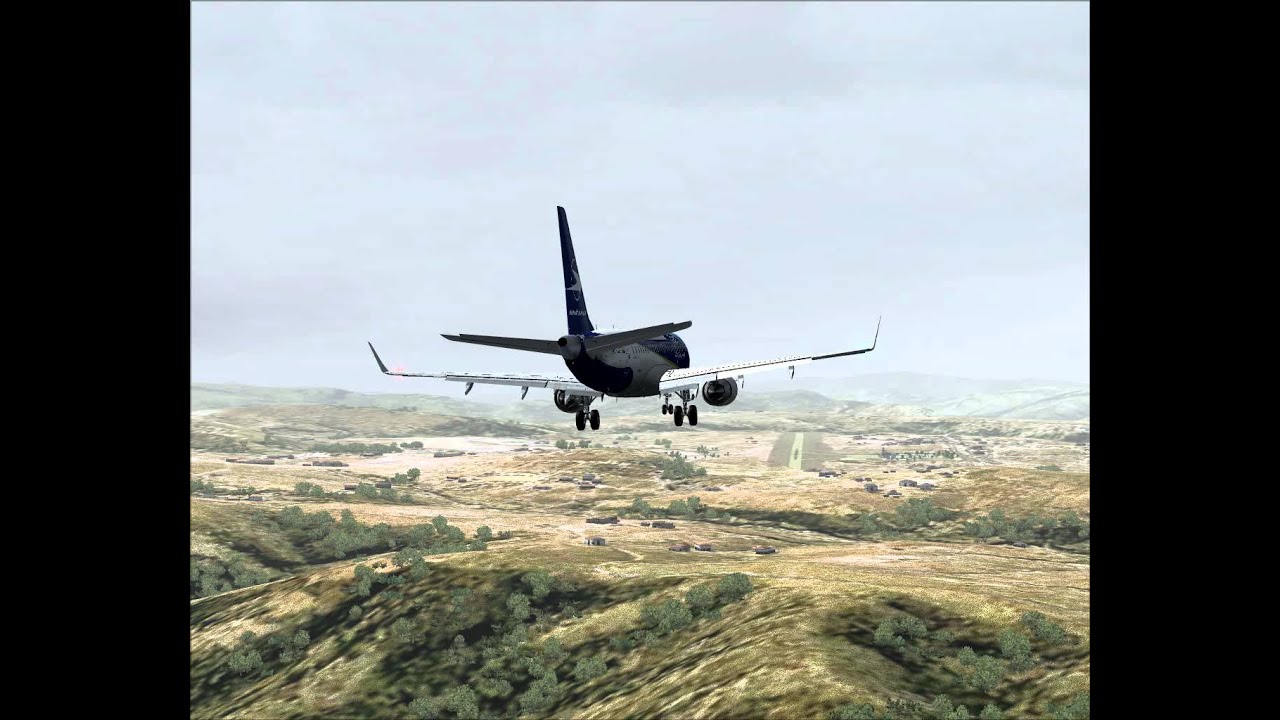 Ejets comes in a MB compressed file that downloads in a couple of minutes. Installation is a breeze, just execute the file, and enter the 16 digit code that is emailed to you instantly once your credit is virtually swiped. Do take notice that the product will not work if you do not have all the service packs for FSX previously installed.

The ERJ exterior model is very good. The package brings a decent amount of liveries; personally I really liked the job they did with the JetBlue livery.

It also brings a private version for those who like to fly the cream of the crop around the world. The plane itself has very good animations; the folks at feelThere usually do a good job on this department. Flaps deploy in the normal ERJ schedule, the sequence looks good and real.

The wheels, wings, outside cockpit, doors, interior details inside the doors, landing gear, and rudders all move, open and behave in a credible manner. Over all the aircraft itself and all its moving parts behave in good harmony both on the ground and on the air.

I regret to admit I'm not a 3D cockpit pilot yet. I can't really explain why it has been so hard for me to make the transition but till now, I am a happy 2D cockpit camper, maybe 15 years flying in 2D makes it a very hard habit to break. Probably the longest time I have ever spent on a 3D cockpit has been on this aircraft, and because it was necessary to write this review.

In my inexperienced opinion, I would say the 3D cockpit looks pretty good.

Feelthere did a good job on this department, the controls look great, it barely hurts the computer's performance, and the whole panel is easily accessible through the 3D panel. The 2D panel is also generally good, but I must say it has its downside. For once the 2D cockpit just looks too small on the screen, it is necessary to resize it or you will feel like you are flying an ultralight with glass cockpit. 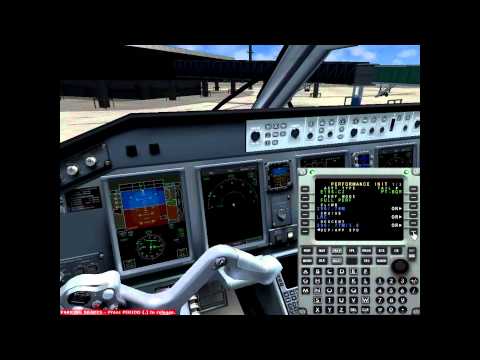 The wing views for example are great, I have many payware airplanes, but I can say without a doubt this is the one with the best wing views, the aircraft lighting system is also well designed. All lights come on when they should, and they look very nice on outside views, and on wing views.

Feelthere totally fixed this with the ERJ, like I said earlier the autopilot behaves flawless. It is necessary to point out to all the ERJ newbies, that the autopilot in the Embraers is not the same as in a Boeing or Airbus. All the knobs are placed quite differently than in other aircraft you might be accustomed to, and as I said earlier the knobs are quite small, so it might take some time to get used to.

For readers with experience on the ERJ you should have no problem since their autopilots are configured pretty much the same way.

The FMC system is as complex as you might find on any modern airliner today. You still need to set initial position, input weights, select runways, select thrust ratings; you just do it in a different fashion than on a Boeing FMC.

The flows are easier to follow, they are simpler to use, and more straight forward. This FMC is a little more tricky, there are more things that do not happen automatically, such as in the Level-D , and the database is not as complete as the one that comes with the PMDG products.

But in all fairness, it is professionally designed, I could not catch any bugs or errors, and it blends in fine with the CDU's and the rest of the aircraft systems.

The overhead panels, engine start sequence, and primary flight displays are very similar to its ERJ counterpart. The overhead panel with all its systems is very simple to use, and all steps are clearly marked on the normal checklists. You have less buttons and knobs to worry about with this aircraft, and pretty much the whole panel is clickable and working. As I said earlier it is setup quite differently than the Boeing or Airbus counterpart but it is straight forward and simple to operate.

The ERJ brings a very nice MFD status page right on one of the glass display screens that is loaded with a bunch of useful information. You can monitor hydraulic system status, fuel, electric, open hatches and doors, APU status, brakes, and pretty much all important systems concerning your flight are displayed on this dialog. It also includes the usual weather radar, and vertical profile display.

All in all it is a very complete information system, especially considering we're talking about a relatively small aircraft. Now let's get to the most important part, flying the bird.

Congrats feelThere, I cannot express with words what a delight it is to fly this airplane manually. Keep in mind I am not an Airbus fan, and I do not have the , so I have not flown fly by wire birds much, so maybe this is the reason for the surprise.

Both on the ground and in the air the airplane handles like a dream. It is highly responsive to the yoke movements, in both dimensions, and it flies like a dream on manual. The very first time I tried a pass at it I went with a manual approach and it is a beautiful plane to land manually. The autopilot also handles the aircraft magnificently on approach, and on all stages of flight. But I have to stress to readers that making a manual approach on this bird is a delight.

On the other hand, last but not least, the sounds are also amazing. This is one of the payware planes with the best sounds by far; the engine sounds are flawless, and give you that feeling of power that only a VERY good sound pack can give you.

Cheers to Feelthere on another great job! Highs - The aircraft is a true pleasure to fly manually. Flawless autopilot, beautiful engine sounds, very good 3D cockpit. Great cockpit display full of goodies for all of us who love digital displays, knobs, and screens with all the information we can handle.

Lows - 2D Cockpit is way too small once the aircraft loads. Some autopilot knobs are quite small at normal resolutions. The manual might not be detailed enough for a newbie.

Additional software for checklists and cabin signs would be nice in the future. The Verdict - This is my third feelThere aircraft and they have not let me down. Beautiful sounds, robust handling in the air makes it a great plane to fly both manually and automatically.

Great reproduction of a beautiful airplane, thanks to Embraer for giving us a third choice!